Sometimes words just don’t describe a place… Plitvice Lakes is one of those places.

I wrote about Plitvice Lakes and my time in Croatia previously, if you’re interested.

Early on in this blog, I wrote about a trip to Slovenia and how beautiful it was there. It’s on my list of must returns – but that’s the problem with traveling: once you fall in love with a new destination, you’ll want to return and also maybe go to that other place you heard of while you were there. Sitting right next to Slovenia on my list is Croatia, the next stop on our roadtrip that April.

We took a Flixbus from Ljubljana to Zagreb. Initially, we planned to explore Zagreb, but there’s not a whole lot going on there and by this point, we were maybe halfway through our trip and ready for a calm night. We picked up our rental car in Zagreb after a couple of rocky Uber rides to the airport.

(Don’t ask me which roads we took as I was not driving and may or may not have fallen asleep for a good portion of the drive.)

From Zagreb, we aimed south. To break up the drive, we stopped for lunch in Rastoke in Slunj. This teeny little town with waterfalls flowing in between homes was picture perfect and a wonderful break from five people packed in a tiny European car.

Despite skepticism about the possibility of “surprise caving” on our trip, we managed to actually do some surprise caving on our drive. We stopped in Rakovica, Croatia to visit the Caves of Barać. Slovenia and Croatia have tons of caves and we thoroughly enjoyed our quick trip in and out of the darkness (especially since we spotted plenty of baby bats).

After our surprise caving adventure, we made our way to our Airbnb for the night. The next day’s adventure was the reason we chose to do a roadtrip instead of flying or taking a bus: Plitvička Jezera.

Plitvice Lakes National Park is on the list of the most stunning places I have ever visited – pictures just do not do it justice.

Because we were there in April, we missed the big summer tourist rush and winter weather. We started at the North Entrance (Entrance 1) and made our way upstream. Our route started with the highest waterfall, Veliki slap, and moved up the streams toward and through the lakes. 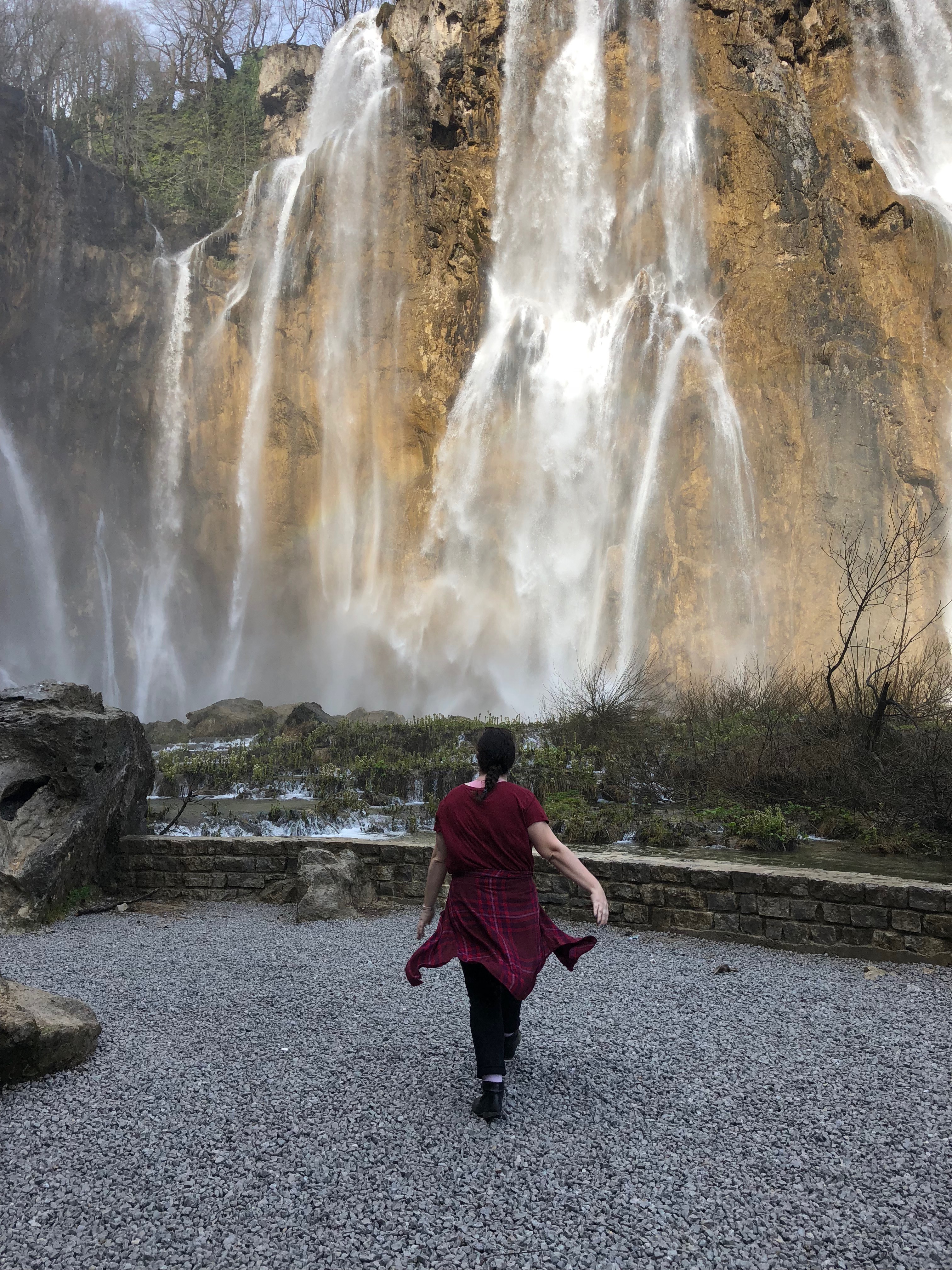 We made the right call because it seemed that tour buses started at the Southern entrance and end with the Big Waterfall. And tourist groups are rude (and may or may not try to push you into the water). No matter the crowd, there’s various paths you can take, hopping from one to the other depending on people and mud levels. We got to a bus stop and ate some lunch before taking the park’s bus back some of the way to where we parked.

Bring a raincoat and proper walking/hiking shoes as the boardwalks get quite slippery and all that falling water creates a bit of a constant mist.

(We spent a solid day on this particular adventure and even if you aren’t a fan of hiking, it is worth it to see the falls.)

We continued South the next day towards Split. Split is a city on the Adriatic that was home to the history portion of our roadtrip. One major draw of a visit to Split is Diocletian’s Palace, built for Roman emperor Diocletian and is a UNESCO World Heritage Site. Diocletian’s Palace makes up the old city and can be wandered through with ease. (We bought tickets to see Jupiter’s Temple, Saint Domnius Cathedral, and the Bell Tower, and it really wasn’t worth it.) You can wander around the old structure and underneath which is now a little market. Piece of advice:  visit at night – you can listen to music in the square near the Tourist Information booth and cafés set up little seats if you want a drink. 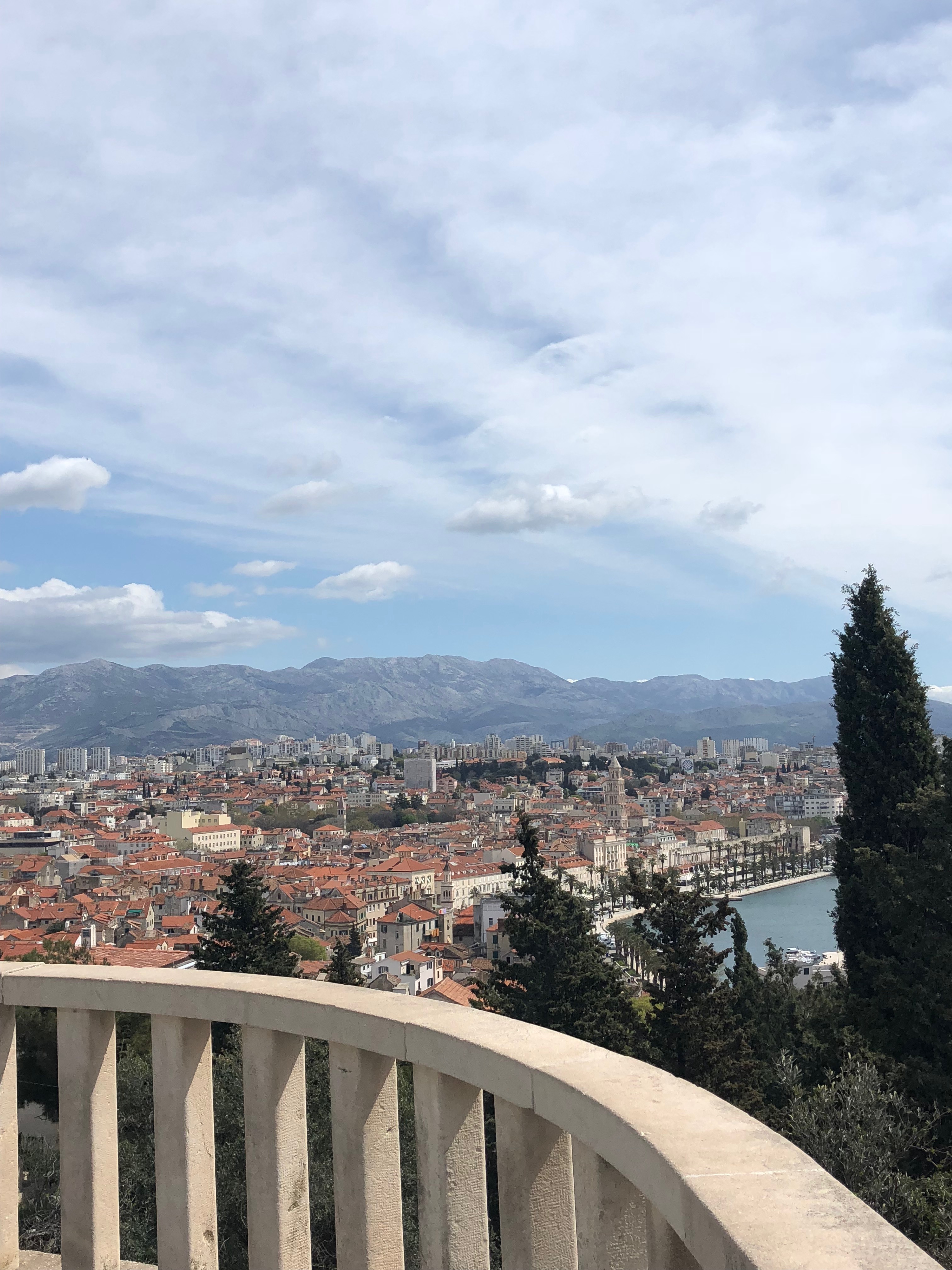 For the active amongst us, Park Šuma Marjan is a beautiful hike right next to the old town on a peninsula. You can venture up the paths with views of the Adriatic. The peak point is a platform with a view over the city that makes the hike worth it.

We made two stops outside of Split. The first was Solin for the ancient ruins of Salona. The former city is a fascinating wander and you can go right into the middle of the amphitheatre, right next to someone’s laundry hanging in their backyard. Our second stop was the Fortress of Klis. The medieval fortress sits on top of a hill overlooking Split and has lived many lives from a small stronghold to a castle for kings to a fortress during the Ottoman wars and finally as a filming location for Game of Thrones. I thoroughly enjoyed wandering through the structure learning more about the history of the region (particularly the story of the Uskoks).

From Split, we continued down the coast towards the next stop on the unofficial Game of Thrones tour of Croatia: Dubrovnik. We spent quite a bit of time there so I’ll make a separate post about that particular adventure.

We made a quick stop in Bosnia and Herzegovina to stretch our legs and wander along the water before continuing south.

I absolutely loved our time in Dubrovnik and would return in a heartbeat. One great tip: if there’s a cruise ship coming in, go elsewhere. Just like with Venice, Dubrovnik gets a massive influx of tourists that take over the city when cruise ships come to port. We used this opportunity to go to Montenegro and explore Kotor (where I turned 23!). 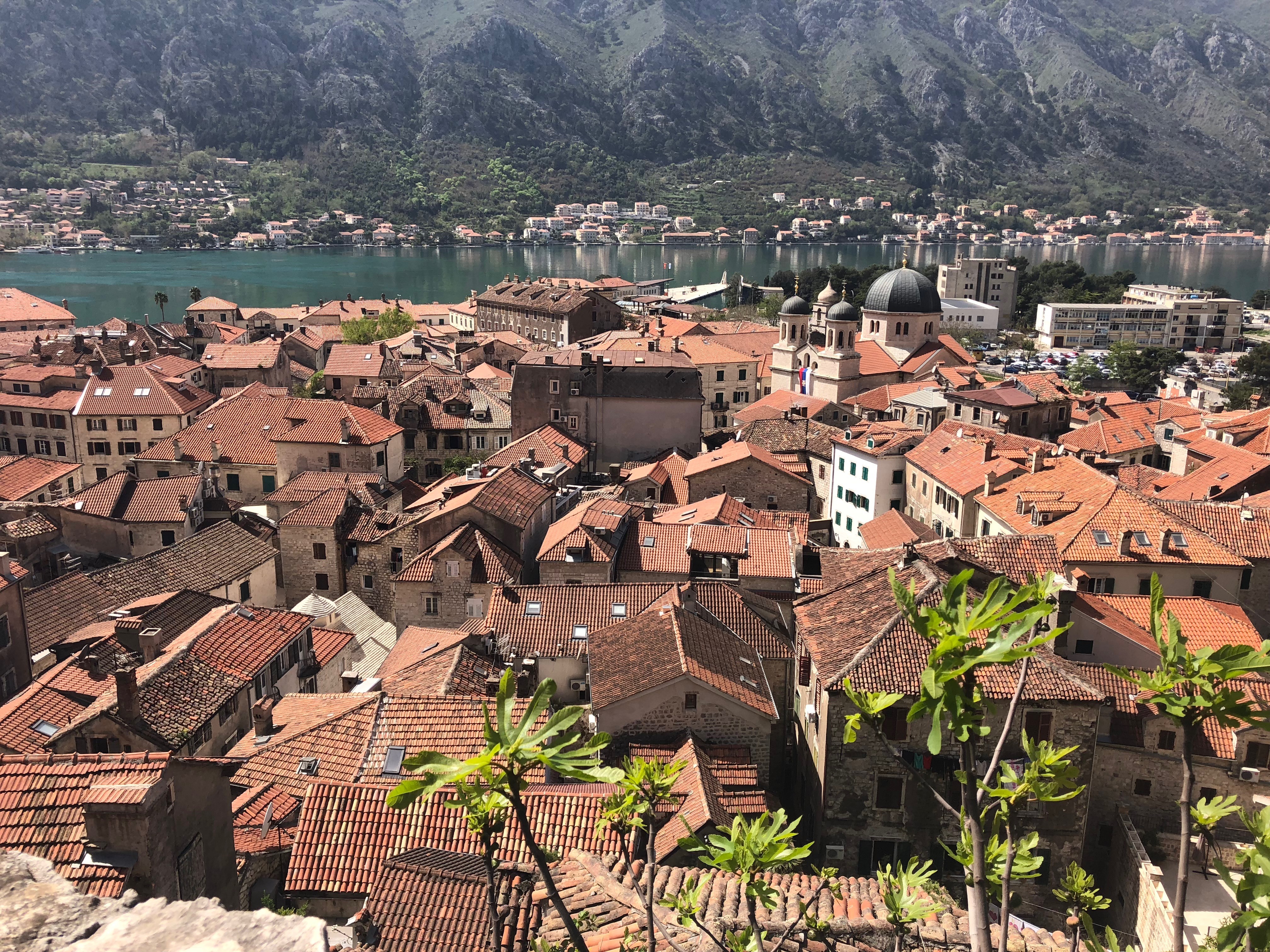 When our adventures in Dubrovnik ended, we hopped back in the car and drove up Croatia back to Zagreb with a stop in Zadar. While munching on pizza from a stand, we wandered towards the sea organ, a musical instrument played by the sea. We stepped over the ruins that sit in the middle of the town and listened to the church bells ring. We didn’t have a lot of time to explore, but with some gelato in hand, we made our way back to the car and continued towards Zagreb.

I can honestly say that this roadtrip was a once in a lifetime experience and I wouldn’t trade the memories for the world. But I am also counting down the seconds until I have a good excuse to go back to Croatia and continue exploring.