When I moved to London last September, it was not my first time in the city. It was my fourth.

My first adventure to London was one of my first trips outside the States. My parents dragged 6 year-old me to all the sights. I have vivid memories of climbing all bajillion stairs to the top of St Paul’s Cathedral, absolutely terrified that my flip flop covered feet might slip between the grated steps and send my shoe, and my whole body, to the ground far below. My apologies to whoever was at Legoland the day I drove (a LEGO car) for the first time on the right side of the road only to cause a few collisions thanks to Brits driving on the left. 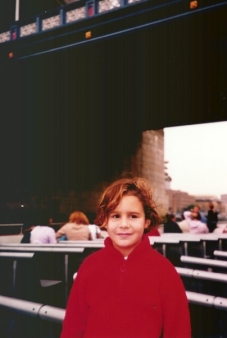 I was little but it was memorable. (For those of you wondering how long ago this adventure took place, our flight home was a few weeks before that sunny morning when two planes crashed into the Twin Towers.)
My second trip was in middle school. After listening to me complain about how my brother got to go on a spring break trip, my poor mother gave in, booking last minute flights for us to spend five days in London. We’re great traveling buddies, we learned. From falling asleep the first day on the tourist bus driving around London to sitting having breakfast (chocolate croissants and chocolate milk) while marveling at the adorable school uniforms of the students visiting the Victoria and Albert Museum, I got on the flight home and told myself I would live there one day. I would live in London. 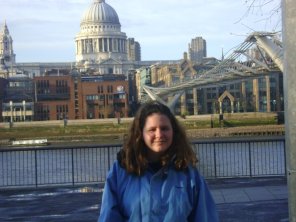 My next trip to London was while I was abroad. I’d already lived away from home in a different state and a different country, but spending just a few days in London reminded me of home. There was something familiar about the people (speaking English!) and the sights (most of which I’d seen before). Wandering through the parks just ready to bloom with spring flowers, touring the Churchill War Rooms (definitely worth a visit!!), wearing everything I’d packed because I was dreaming of warmer, springtime weather… I flew back to Sweden and to classes and to a promise that I would return and see all of the city.

And so two years later, I can’t help but think how crazy life is. During my senior year of undergrad, I had two amazing programs to choose between for grad school. One was in Scotland and the other was in London. I joked that I picked the London school because I wouldn’t be able to speak the language in Scotland (have you heard a Glaswegian accent?!), but I think in the back of my head I knew I had to fulfill that promise to live in the city I’d returned to so many times. 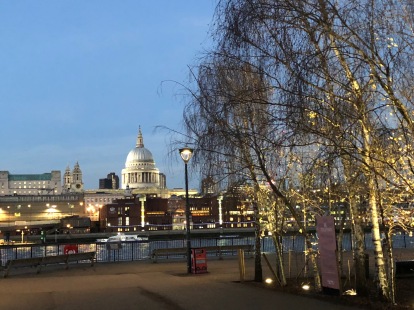 While I’ve learned I don’t like people nearly enough to live in a city, sometimes the six year old in me comes out with a brief glimpse of the St. Paul’s or a mention of driving on the wrong side of the road.
Advertisement